To say that Dale Andrews has had an unconventional career path would be an understatement. 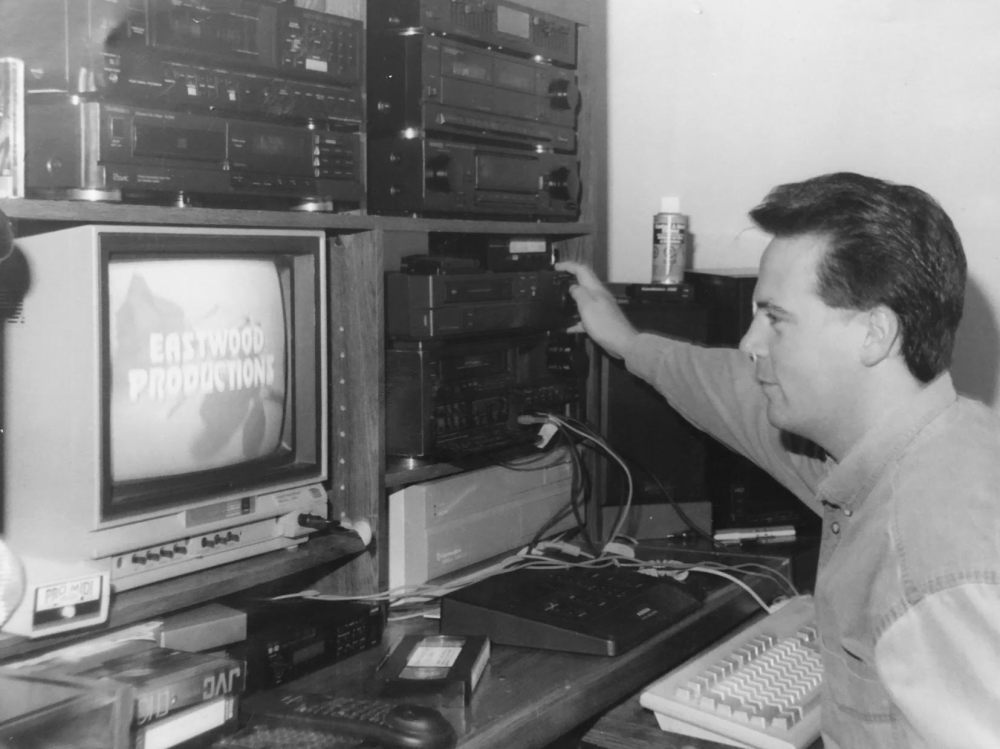 Amongst many other things,  he was my high school film teacher, worked with Canadian icons like The Tragically Hip and Nelly Furtado, had a film premiere at TIFF, is an Executive Producer at Ginger Cat Studios, and also happens to be a Master Sand Sculptor.

He is someone that has taught me that there is no “correct” career path, that there is more than one way to pursue your passions, and that creativity and working hard will get you far in any industry — whether that industry is film, teaching, or building sand castles. I caught up with him and asked him to share three formative events that led him to where he is today.

Here’s what he had to say!

1. The first time I used a camera

It was March 5th, 1985, and my dad got a camcorder for his birthday. It was a one-piece camcorder that I wasn’t allowed to touch because it was so expensive. However, I remember just looking at this thing and thinking that “this is the coolest thing I’ve ever seen. I want to get my hands on this”.

Well, a week later my parents went to Las Vegas and left me home alone for a week. My dad thought he was being smart and hid his camcorder under his bed, which is the first place you look for everything when it comes to parents. So I was on my own and my friend Matt came over and we decided to try and find this camera. We found it very quickly and we got it out, put it all together, put in a VHS videotape and just started making music videos. We had these crazy music videos; we put together costumes, set up drums, got guitars, and we invited all of our friends over to make these music videos. That’s all I did for that entire March Break. I figured out how to get my Commodore 64 computer hooked in so I could do titles before the videos and I learned so much that entire week about making videos. That was probably the first formative event that I had when it comes to production. It was at that point that I realized that I wanted to do this.

2. MuchMusic and making films out of my dorm room

When I was in university, I made money by shooting wedding videos, and I was very successful at it, I was booked two years in advance. However, at that particular point in time, I wanted to move on to other things. So, I found this artist in London, Ontario at a wedding I was filming where he was the live band. This guy was incredibly talented so I talked to him and asked him if he had ever made a music video. He responded that he didn’t have the money to do it. So I offered to make him a music video, free of charge.

So my first music video played on Much Music while I was a Geography student at Brock University. You have to remember that the technology was completely different at the time. You could not afford the technology to do this, but because I was doing wedding videos, I took the money from that to put towards buying high-end equipment, and to be doing it out of my university room was even crazier.

3. The Tragically Hip, Gord Downie, and finding the confidence to believe in myself

I was 29 at the time and I was hired to record live concerts for Gord Downie from the Tragically Hip. He was doing a solo album and they wanted to film a concert video to broadcast on the internet. You have to remember that this is 2001. This barely existed at the time. Anytime a concert was broadcast on the internet it was someone like Madonna or the Rolling Stones.

So here I am, this little guy from Burlington who’s a no name and I get hired to do concert videos. So, we went to dinner to talk about what was going on. We decided to go to the venue space where we were going to film all of this. Gord came over to me, and he put his arm around me and said: “Dale let’s go for a walk”. I’m like, OK.

So we left, and nobody really knew we were gone. Gord and I walked around this recording studio and we probably walked around for twenty minutes. And Gord was just talking to me about his ideas, and once he finished we were coming back to where the group was and he turns to me and says “Dale, in the end, you’re the director. Whatever you want to do, I’m fine with”. So we walked back into the room and all the people were there and Gord just walks past everybody and he’s on his way out, and everyone asks where he’s going. He just put up his hand and said: “Dale and I worked it all out” and he left. Everybody stood there and turned and looked at me.

It was at that moment that I knew that I was being taken seriously. Here was this Canadian icon, and all he wanted to do was tell me his idea. But in the end, he put all of this faith in me as the Director, which no one else had ever done at the time. To me, that was the biggest compliment that anyone could possibly give me. I think that especially in this business, it gave me the confidence to believe in myself.

4. TIFF and finding my Film Family (which was largely made of former students)

Three weeks before the filming for Latched started, Justin, one of my former students, asked me if I wanted to come on board as a Producer. Without any hesitation, I said yes. So I was on set for the two weekends that we did this, and I just loved it so much. I was really in my element.  I knew that this was the job that I was meant to have. I really felt like I had met my film family, which surprisingly enough was made up of former students who still call me Mr.Andrews once in a while. I realized that I had met all of these people along the way through both teaching and film making. I met Justin when I was 26 and he was 16. When that production was done and we went to Hollywood to record our soundtrack with an orchestra and composer, Justin and I were standing on that sixth-floor patio looking at the Hollywood sign. He turned to me and said, “Did you ever think twenty years ago when I was dragged into the classroom by the Vice-Principal, that we would be in Hollywood working on the soundtrack for our first film together?”. And I said that I never ever thought that that would’ve happened.