To be perfectly honest, Maxwell Tran has been someone that I’ve put on an almost god-like pedestal for over four years.  There was something about the way that he carried himself and interacted with other people that made you believe he genuinely cared about the work he was doing and the people that he was working with.

Amongst many other things, Max founded Ink Movement Canada, a youth arts organization that empowers young people to use the arts as tools for social change. In over 7 years, Ink Movement has raised over $30,000 and published 7 books celebrating emerging local artists. He has also been recognized as one of Canada’s Top 20 Under 20 and an Ashoka Emerging Innovator. As a UofT medical student, Max’s research in pediatric asthma and allergy and has even been featured by CBC and Toronto Star. I’ve literally sat in classrooms and libraries watching people stalk his LinkedIn, and I could have chosen to sit here and type up a 1000+ word blog article on how successful he is.

However, this blog article isn’t about how successful or intelligent Max is. Instead, it’s about the full range of our experiences, what we have achieved, and what we have almost or even not achieved. I fully believe that we need to go beyond what we see on the first page of Google or LinkedIn, and confront the fact that our role models also experience rejection and “failure” (whatever that means). 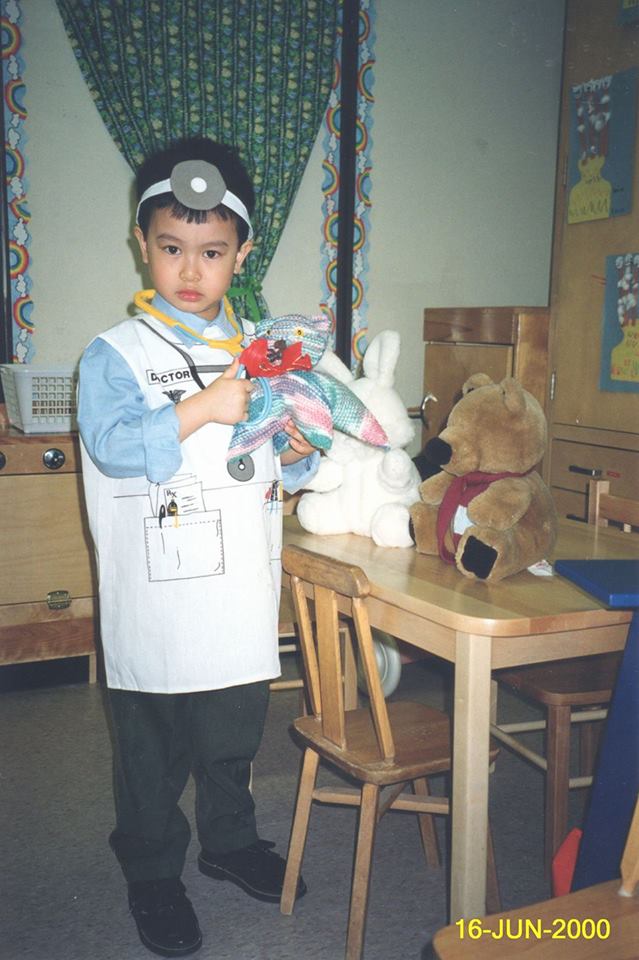 I sat down with Max during my reading week and asked him about his failures, and turns out that he, too has failures – just like the rest of us. Here’s what he had to say!

#1. Failing as a Friend and a Leader

When I think about failures, the one consistent thread I notice is that my priorities were in the wrong place.

The first example that comes to mind is when I wasn’t able to provide enough support, or follow-up support, to a friend who needed it. They were going through a tough personal situation at the time – although I didn’t know the specifics, I knew that they were struggling.

The thing is that I was obviously very busy, and I felt like I didn’t have the time, but I could have made the time and I didn’t.

I was studying and working, but I was still making time for other things . This is what I mean when I say that my priorities weren’t in the right place. When you know a friend of yours is struggling, I think it’s your responsibility to check up on them and do whatever you can to help – sometimes you can’t do anything, sometimes all you can do is listen, or empathize, but that can mean a lot to someone. It may take a minute, it may take an hour, a day, or longer. Regardless, that’s time well spent if you want to prioritize a friendship or relationship.

In this situation, my friend was also a colleague, and as a result, my obligations as a friend were tied to my obligations as a leader, and I felt like I failed in both aspects. I think that’s why it pains me even more than it would otherwise, because there’s that personal connection too.

With Ink Movement’s Hamilton chapter, we were never able to finish publishing our second book. It’s a case of unfinished business because, in my opinion, when you commit to a project like that, you have the responsibility to see it through – responsibility to yourself, your team, but more importantly, the artists you’re working with.

We got 80% of the way there. We collected the submissions, edited, did some of the graphic design around it, but we just never got the funding to publish that book. Not all of that was within our control, but I think that you can always try harder and dedicate more time to meeting with people, applying to grants, exploring funding options… To this day I feel very disappointed that I can’t tell these young, deserving artists that their work was published. I can’t hand them a book and say “Here’s the book that you’re featured in.” It’s been a couple years now, and the fact that we haven’t been able to do that is something I consider to be a failure.

#3. Applying for Opportunities that Weren’t Right For Me

There’s too many to list, but there’s been a lot of opportunities that I’ve applied for but haven’t gotten. And I think some people may say that it’s a defence mechanism – which it sort of is, but looking back, those are opportunities that were not right for me at that time, or were just not right for me. That’s not to say that the selection committee made a mistake, but they realized that it wasn’t the right fit, and I just didn’t realize that at the time. Hindsight is 20/20.

Reflecting back, there were some opportunities I applied to that I wanted to do out of status, or to put a line on my resume, rather than wanting the experience, skills, and satisfaction that would come with actually doing the thing. It’s easy to convince yourself that you’re genuine about wanting to do something, even though you might not be. You may not realize until later, but to someone interviewing you, it can become clear that you’re not the right fit, at least not right here, right now.

#4. Not Being Kind to Myself

Even throughout this interview, I think it’s easy to see that I can be pretty hard on myself. Self-care is such an undervalued skill, and it’s something that I need to work on. In a career like medicine, where you’re constantly taking care of others, you can’t take care of others unless you take care of yourself. One of my professors at McMaster had a mantra that I really believe in: “Be Kind to Yourself.”

As much as I wish that I had supported my friend better (see #1), or that we had completed the book project in Hamilton (see #2), there were reasons why these things didn’t happen. I can’t reasonably expect to support everyone in my network, or to see all my projects through to completion. There are limits to time and energy, unfortunately. I used to see that as an excuse, but it’s not.

It’s taken some time but I’m starting to develop a healthier relationship with failure, and I can’t wait to do this interview again in 5 years with a new set of failures to reflect on.